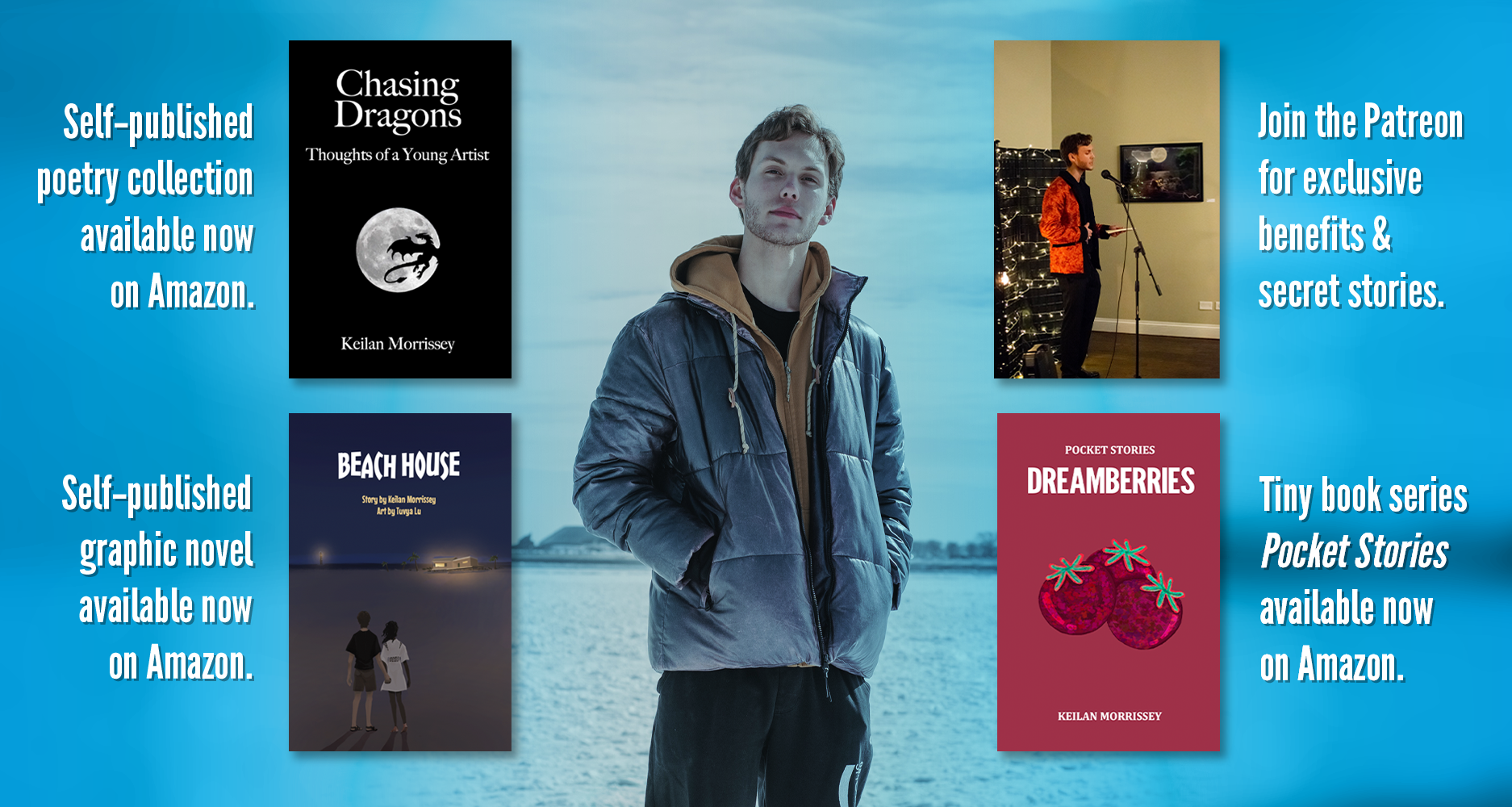 In our world dominated by pocket-sized screens, these tiny books offer an alternate form of portable entertainment. Rather than scrolling, flip through these pages designed to keep you captivated. Pocket Stories are meant to be read, written in, and passed along so the stories can spread far and wide. 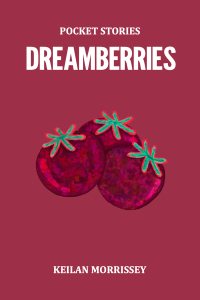 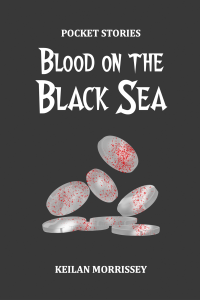 A young woman believes she is being stalked by a frightening corn-headed creature. When her therapist dismisses these complaints, she seeks help from a supernatural specialist… and is sent down a path of demon-slaying, monster-fighting, and powerful self-discovery. This movie marks Keilan Morrissey’s return to filmmaking after a nearly year-long hiatus.

Explore vibrant scenery, pristine portraits, astounding creatures, and lovely moments as you browse Keilan Morrissey’s library of photographs. Many pictures were taken on epic adventures, and some were captured for the sake of Keilan’s stories and films.

Filmmaking, photography, travel, and poetry converge in this imaginative series. Immerse yourself in the daydreams of a writer as he wanders through cityscapes and stunning nature, drawing inspiration from each place. This series documents just a few of Keilan Morrissey’s 2022 adventures. 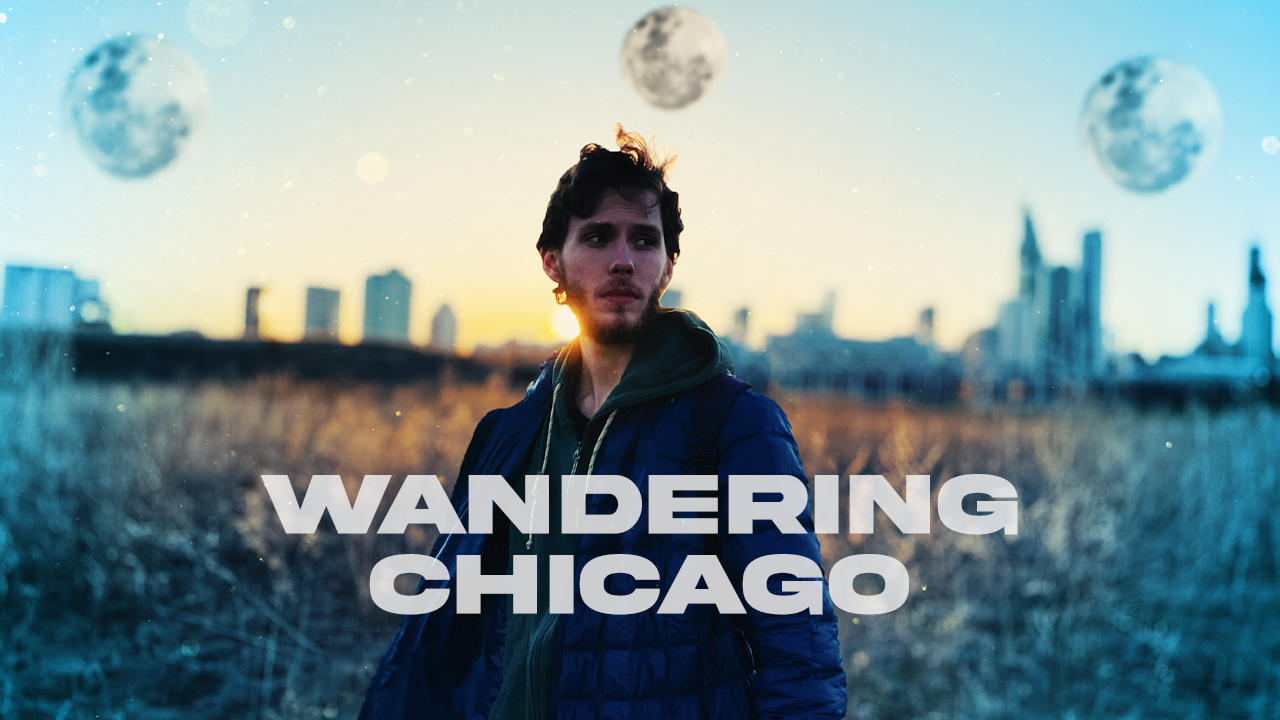 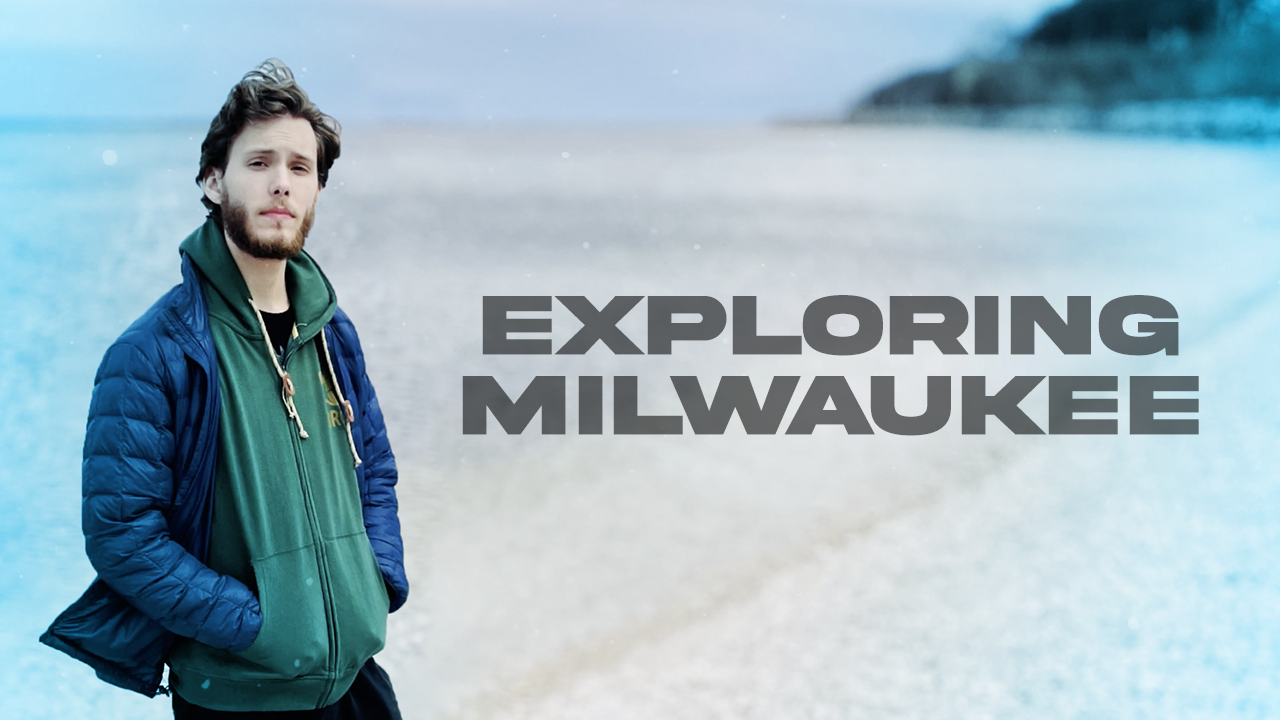 Nicole and Kyle, a young couple from New York City, head to an oceanside house in Florida for some well-earned vacation time. But upon settling in, they discover a group of cloaked figures ominously gathering on the beach. The couple is thrust into a series of unusual and unnerving events as they seek to answer one question… why don’t these mysterious people ever leave the beach? 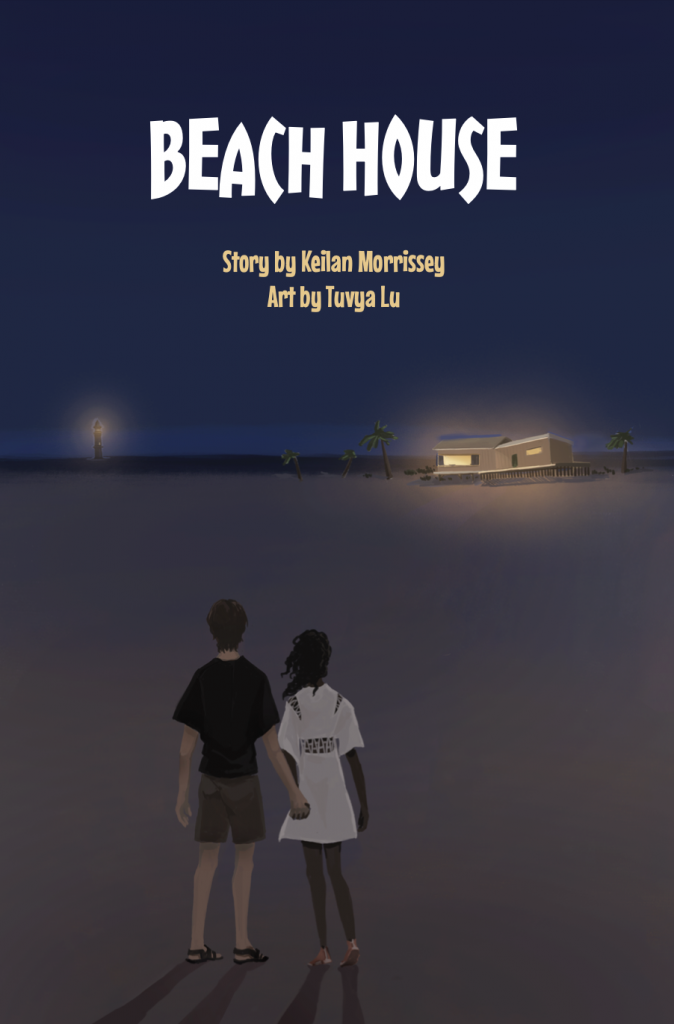 In the year 3017, Earth is inhabited by a species of colorful monsters known as Embers. They have no recollection of their past, and no knowledge of humankind. Four of these creatures embark on a journey to discover their story and determine their purpose.

From a murder on a mountainside to an existential conversation with a skeleton, these fables and horror tales span vastly unique fictional worlds.

A young man living alone in Chicago encounters an out-of-place sculpture that literally changes his life. Each time he passes through the sculpture, some aspect of his past changes. The alterations to his history become more and more significant, until he has to question at what point he is no longer himself. 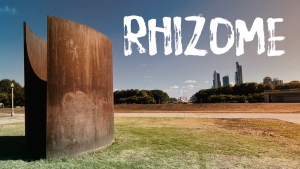 Ancient legend states that the tradition of the “best man” at weddings originated with a groom’s friend kidnapping the bride from her disapproving family. But what if that outdated ritual was brought into modern times? From start to finish, this comedy will take you in unpredictable directions. 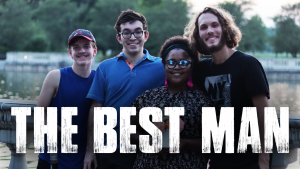 Three decades after the disappearance of Urbia’s infamous Detective Jacob, The Draggon prepares to launch the first phase of their world domination scheme. Jacob, now The Draggon’s leader, returns to confront his father, who has organized a resistance. The saga concludes in this experimental epilogue. 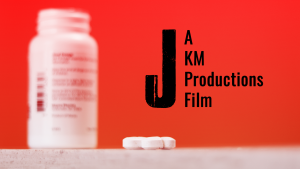 Following the events of Dark Earth, heroes and villains from across the Multiverse are transported to a new world by a colossal convergence of realities. Characters from my old DC fan films return to their former glory and make themselves known again in an unfamiliar world. This fan-made universe concludes with The Justice League, a feature-length film.

Julie Brown and Bernard Stenson, two young adults living completely separate lives, are both stuck in cycles. Julie has spent her life trying to please others – her mother, her teachers, her boss – by being exceptional. Bernard is spending his days in a dead-end telemarketing job that he despises. They both desperately need an escape, but what could possibly push their lives in the right direction? 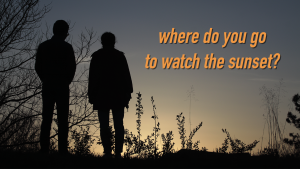 Keilan Morrissey finds himself in pickle when he cannot come up with a new movie idea. He consults with the Council of Keilans, a board made up of all the characters he has portrayed in his movies over the years. These vastly different Keilans have a chaotic conversation, while the original Keilan attempts to steer it in a productive direction. 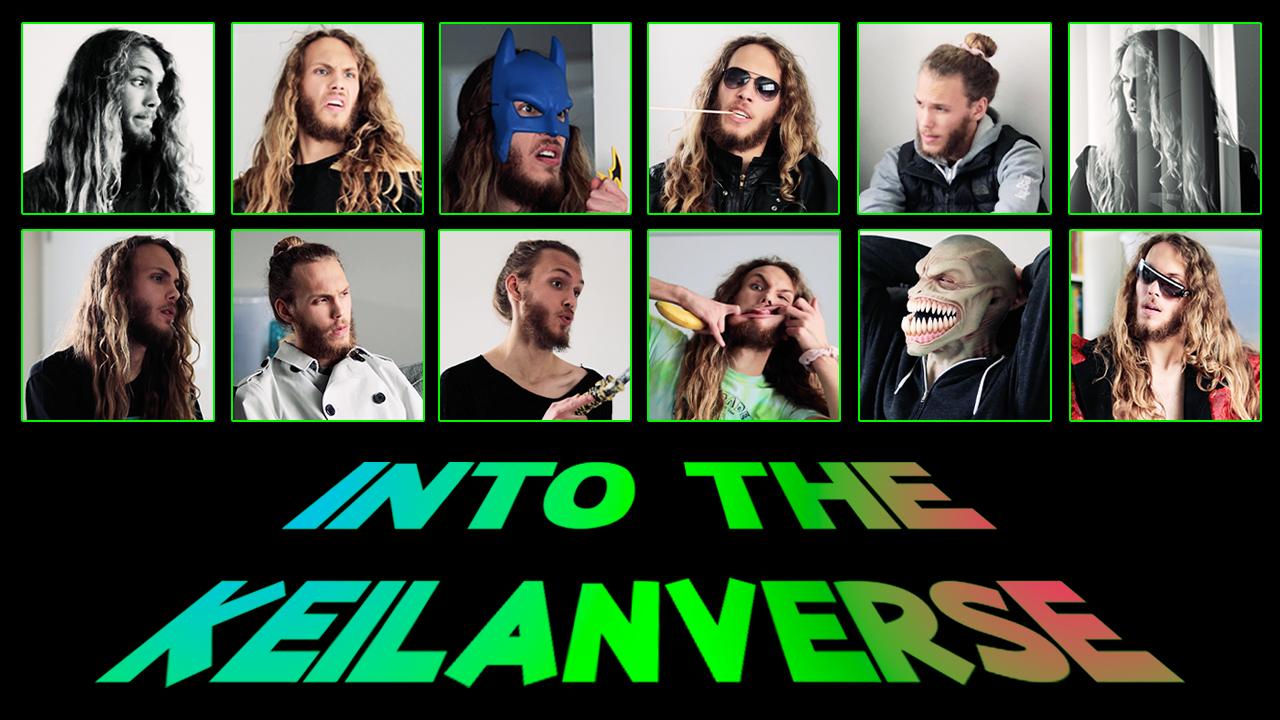 For two years, Keilan Morrissey documented his adventures through film. From solo travels to family trips, hometown outings to moving across the country, you can share some delightful moments with him in any of these vlogs.

In 2021, Zack Snyder’s Justice League (AKA The Snyder Cut) was released. The journey to this momentous and controversial film truly began in 2013. This documentary condenses the complicated and unpredictable tale into 25 minutes. 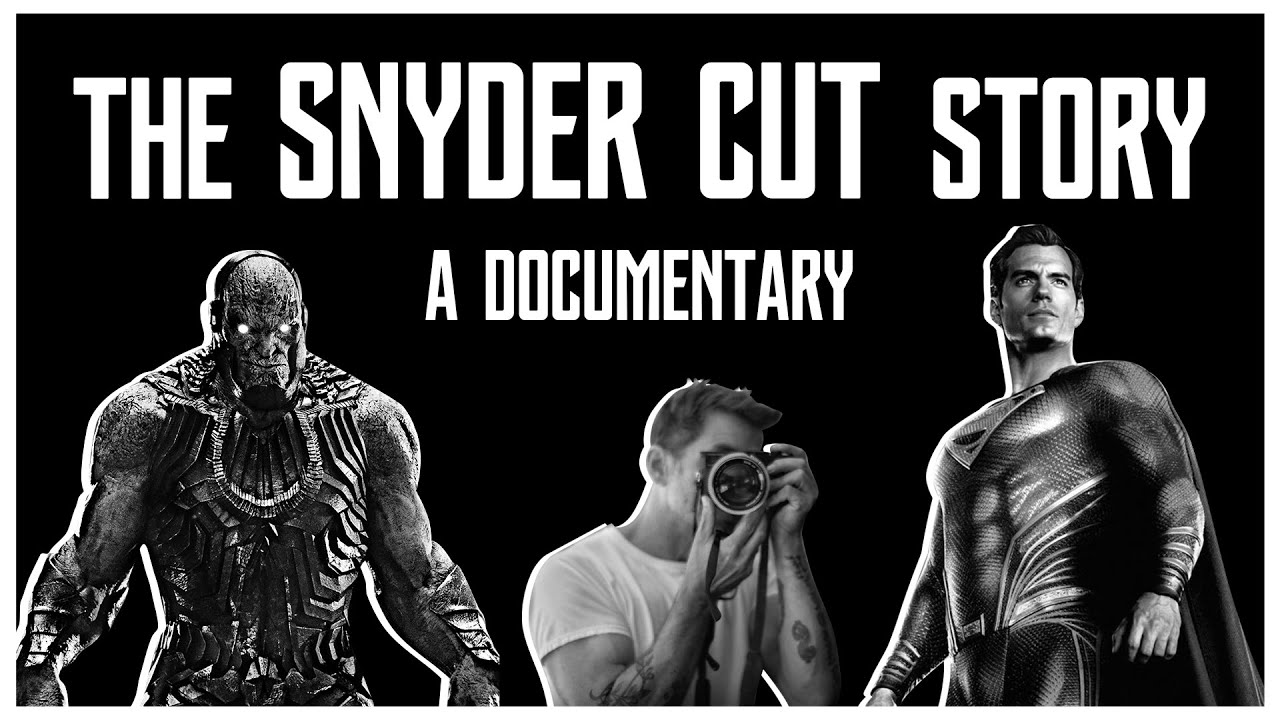 A short immersive film encapsulating memories made during St Louis’ biggest snowfall in over a decade. 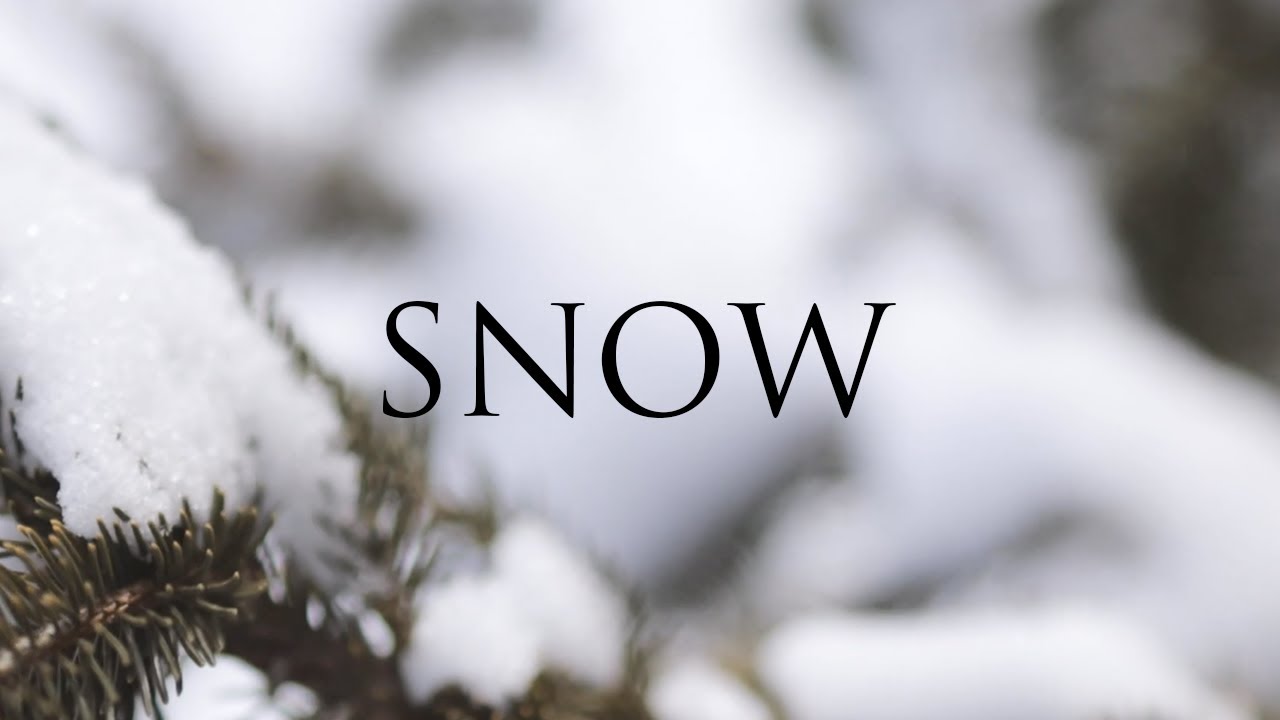 In this comedic reversal of the classic holiday story A Christmas Carol, Aneheuser Booge goes on the opposite journey of Ebenezer Scrooge. He begins as a cheery and abundantly generous CEO, but is visited by his three financial advisors who tell him why he must stop his excessive giving in order to save his company. 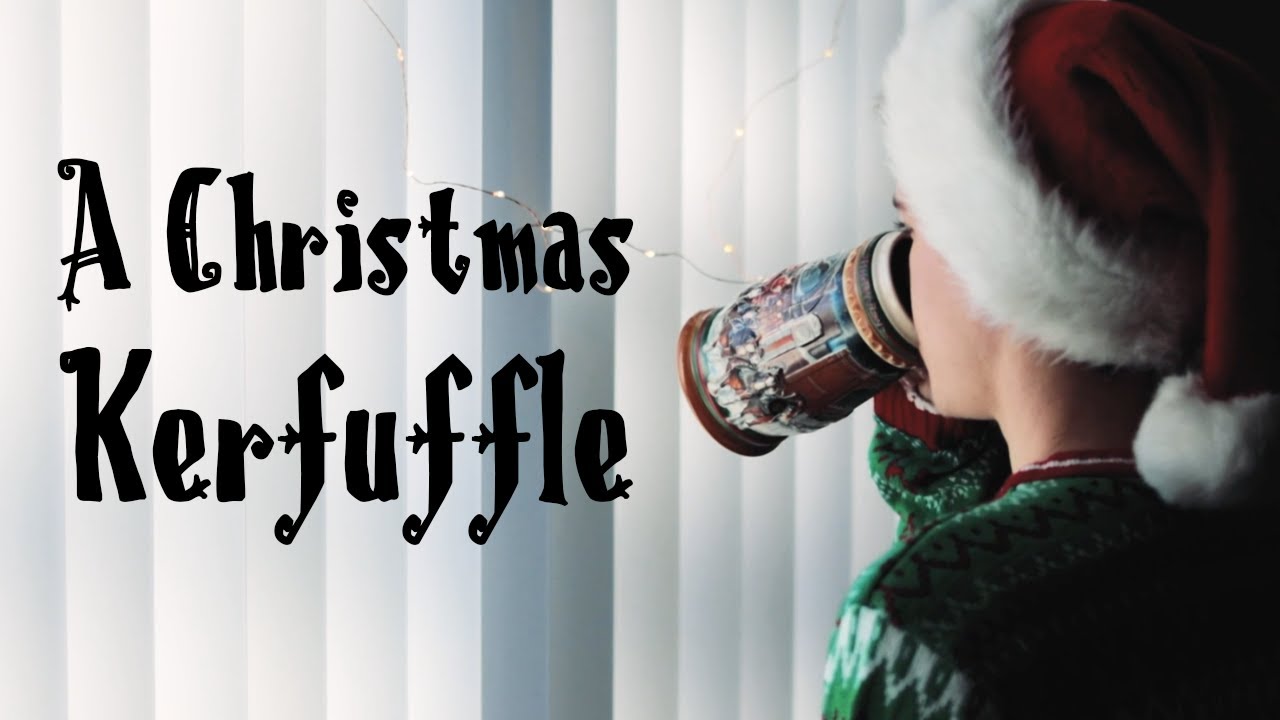 In Keilan Morrissey’s first self-published book, you will find an intimate selection of poems written over the course of two years. Childhood memories, teenage experiences, questions about the universe, and strange fantasies are documented in this collection. 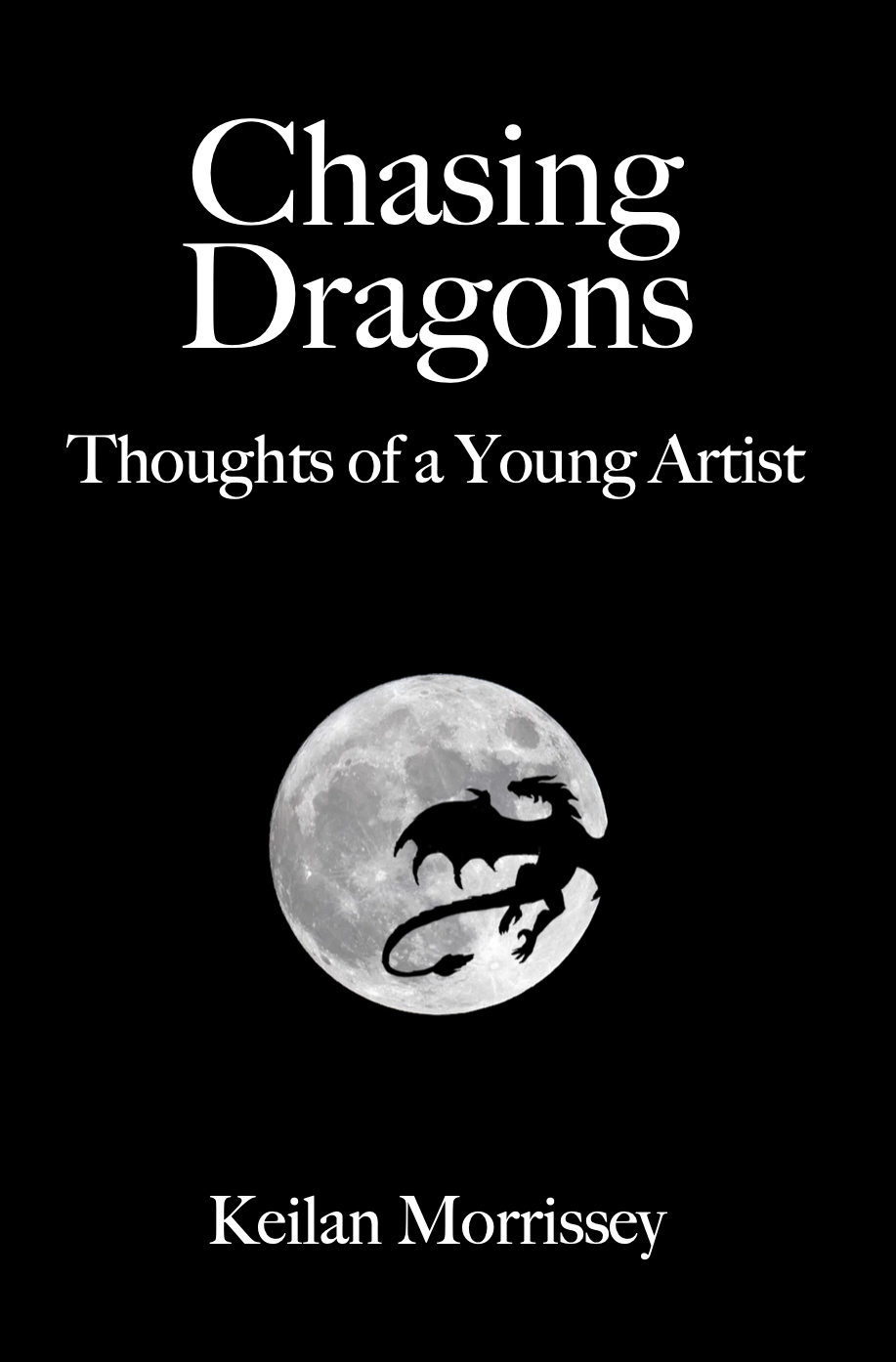 A strange creature named Rig encounters a human named Benjamin, and they share adventures while exchanging their completely opposite views on the world. But where did Rig come from? And what ghosts from his past might return?

The worlds of ancient Norse vikings and classic Halloween monsters collide in this unusual story. Zak Erikson, son of the Chief of his viking clan, finds himself exiled after getting involved with enemy monsters. But he quickly realizes monsters and vikings are not entirely unalike. Can he put a stop to their age-old feud? 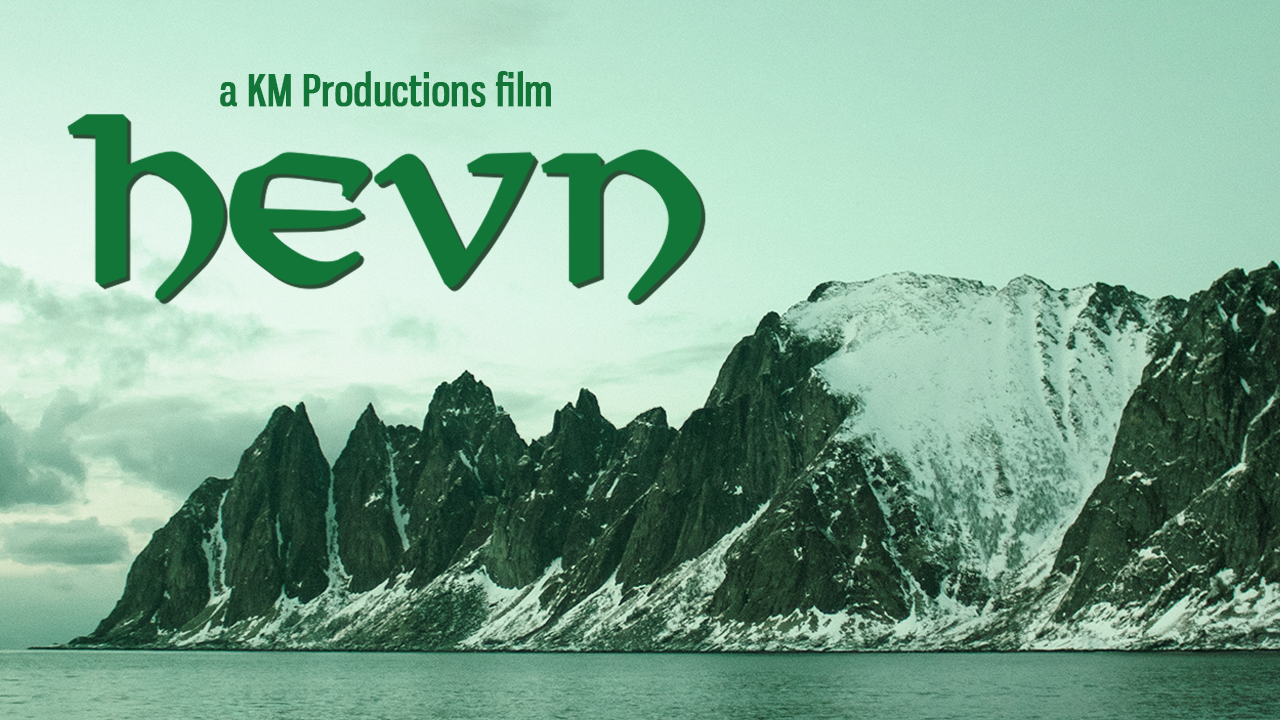 A mysterious pen is passed from person to person, affecting each individual in completely different and profound ways. The pen appears to actualize anything that it writes… but does it truly have supernatural properties? And how will the lives of each writer be different after the pen impacts them? 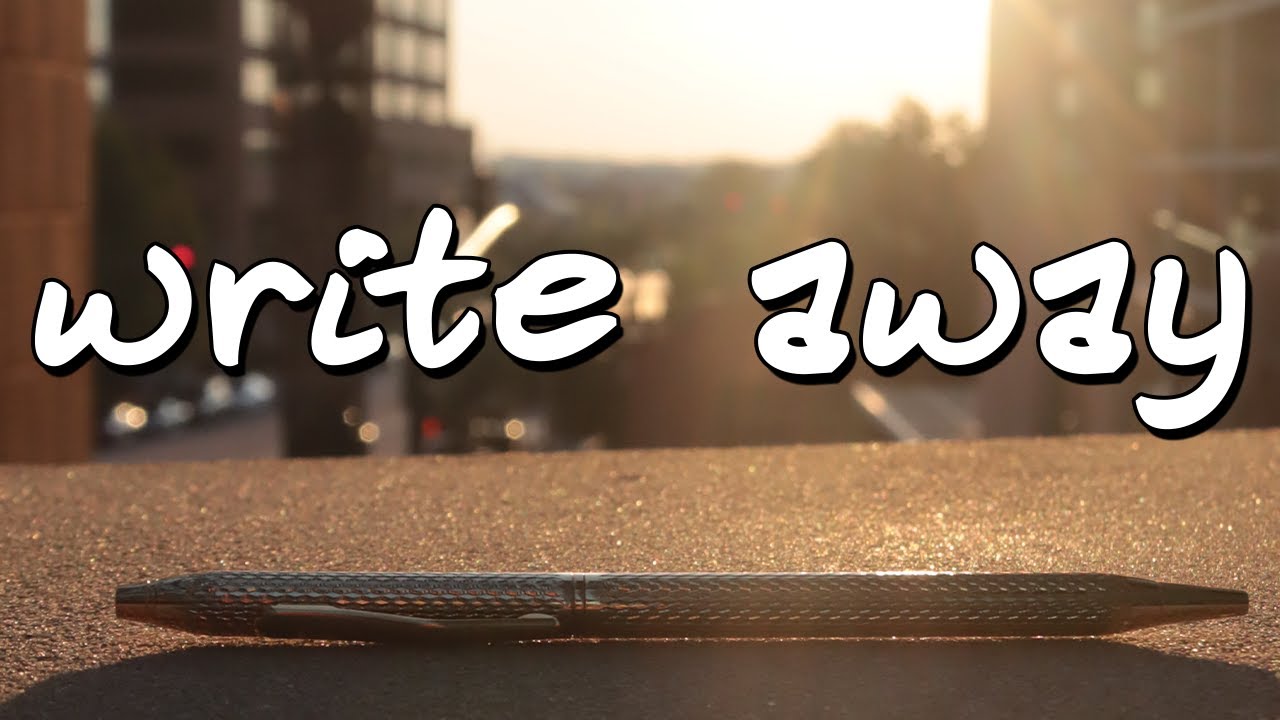 Urbia is left defenseless against The Draggon due to Detective Julian’s death and Detective Jacob’s disappearance. Now, Lawrence Wellington is left with the responsibility of finding Jacob and proving the existence of The Draggon, which he attempts to do through a documentary. This film was made during quarantine, and recorded almost entirely over Zoom calls.

In the aftermath of Detective Julian’s death, his brother Jacob must fill the role of Urbia’s detective. Despite the leaders of The Draggon having been destroyed, the criminal organization is still very much at large. Jacob must cope with the loss of his brother while the responsibility of saving the city continues to weigh on him. 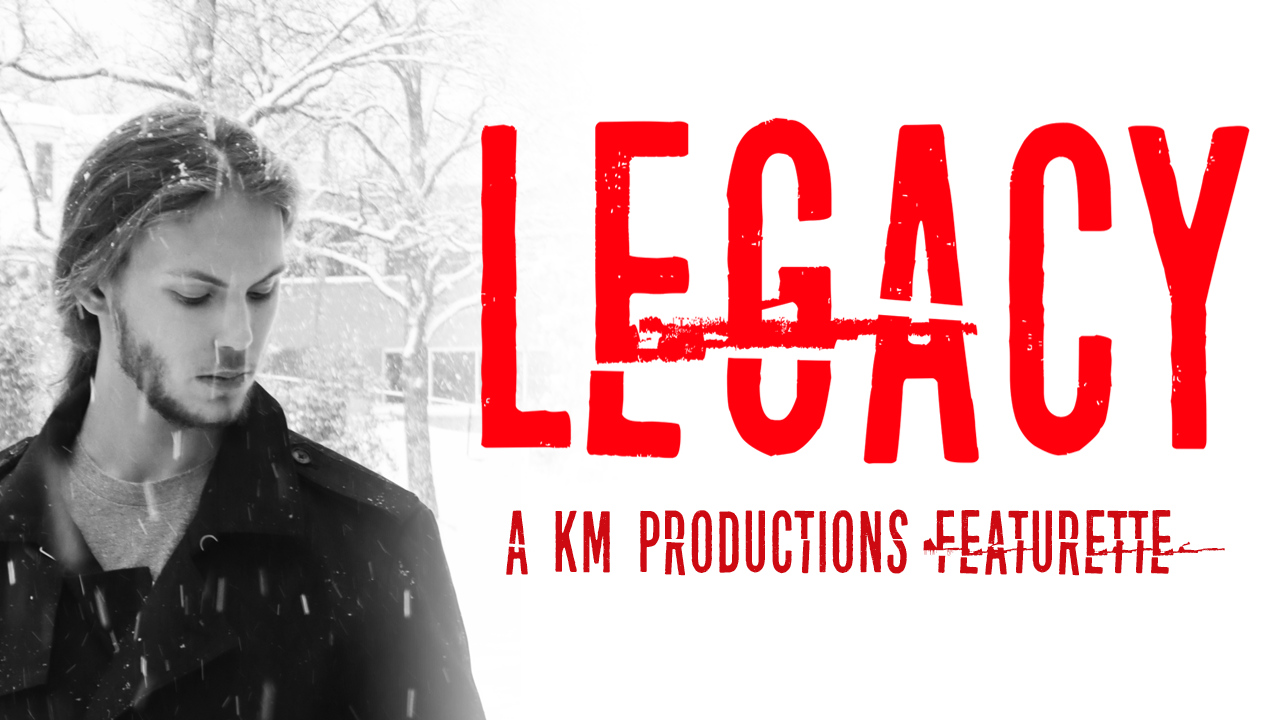 In an alternate world, The Joker has killed Batman. Gotham City is left without a protector, and the villains have free rein. Witness an exciting twist on the story of the caped crusader, and a re-telling of some iconic villainous origins in this dark series of fan films.

Some time has passed since the riveting mystery of The Art of Murder, and Julian is now recognized as a local hero. But he quickly finds himself in much stranger circumstances, forced to solve a mystery that is much deeper and infinitely more dangerous.

These short films were produced to air on Clayton High School’s school-wide broadcast, Greyhound News Network (GNN). They were created to fulfill certain assignment requirements, but they all carry the signature Keilan flare.

When a young man passes away suddenly, he is stuck as a ghost confined to his own house. He questions life and the universe, demanding to know why his soul is temporarily (or permanently) trapped in this form of existence. 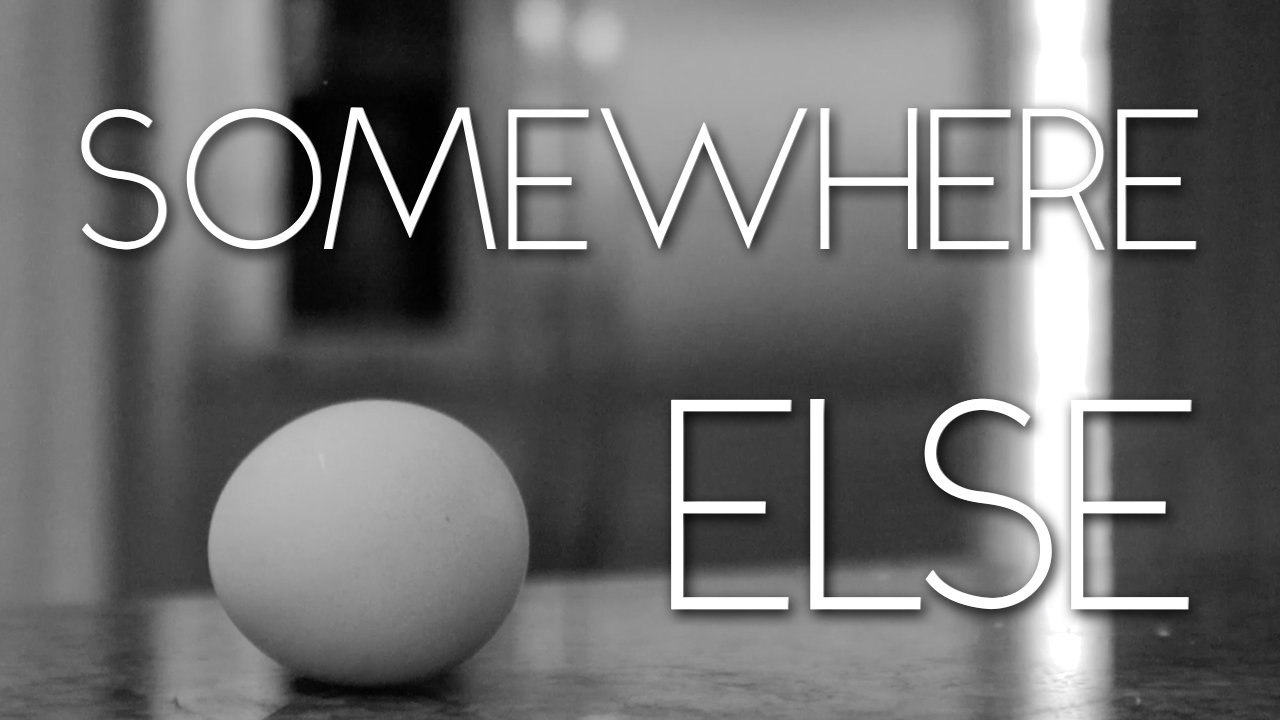 These various unconnected stories are told through only sounds and voices. Close your eyes and be transported into terrifyingly unusual worlds.

An experimental film that shows various happenings across the city of Chicago. 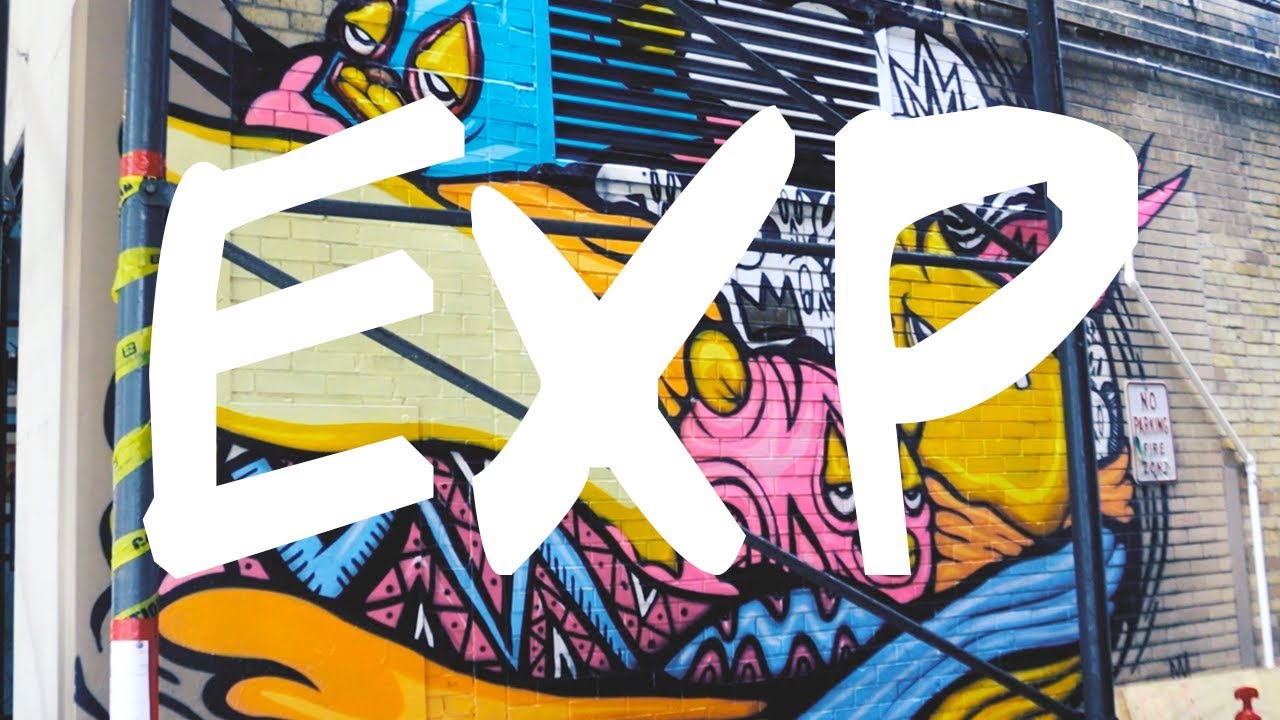 In Keilan Morrissey’s first original feature film, a teenage detective named Julian seeks to solve the mystery of a young comic book artist’s death, leading him to meet many peculiar strangers, fall in love with one of the suspects, and overcome personal demons left behind by his absent father. 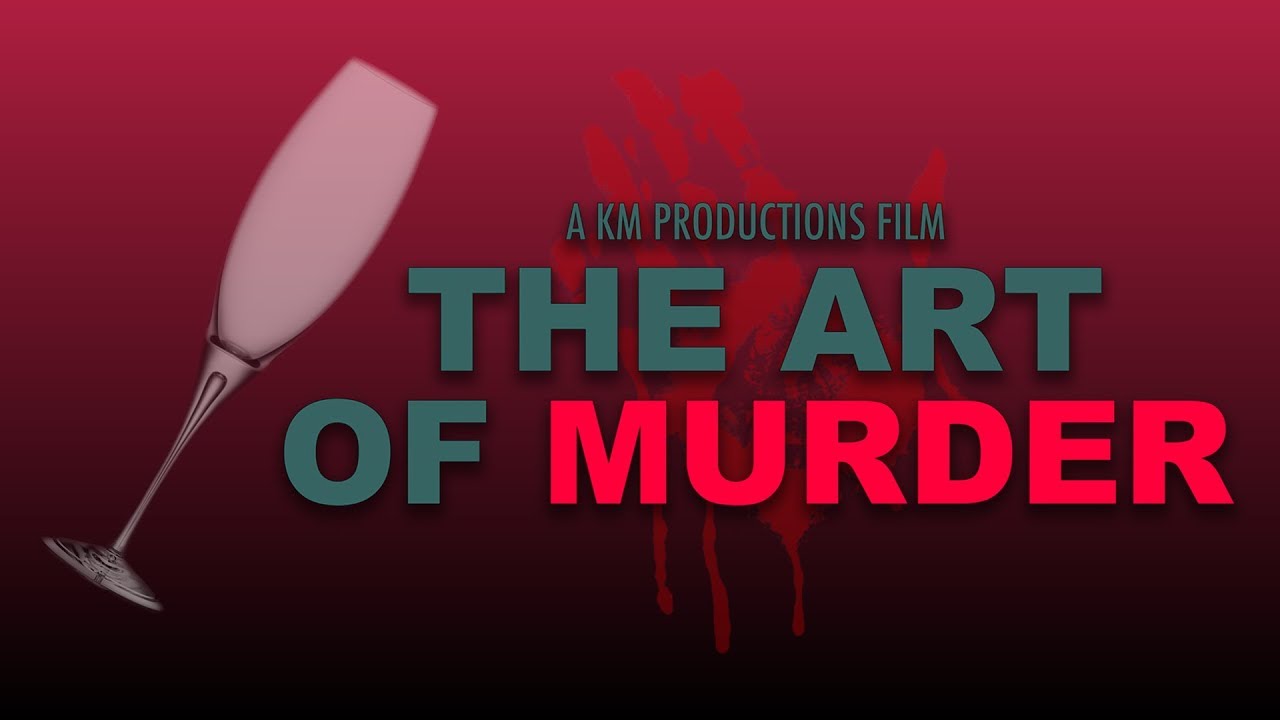 Two Roman politicians resort to gangs, mercenaries, and gladiators when it comes to destroying one another in a political feud. 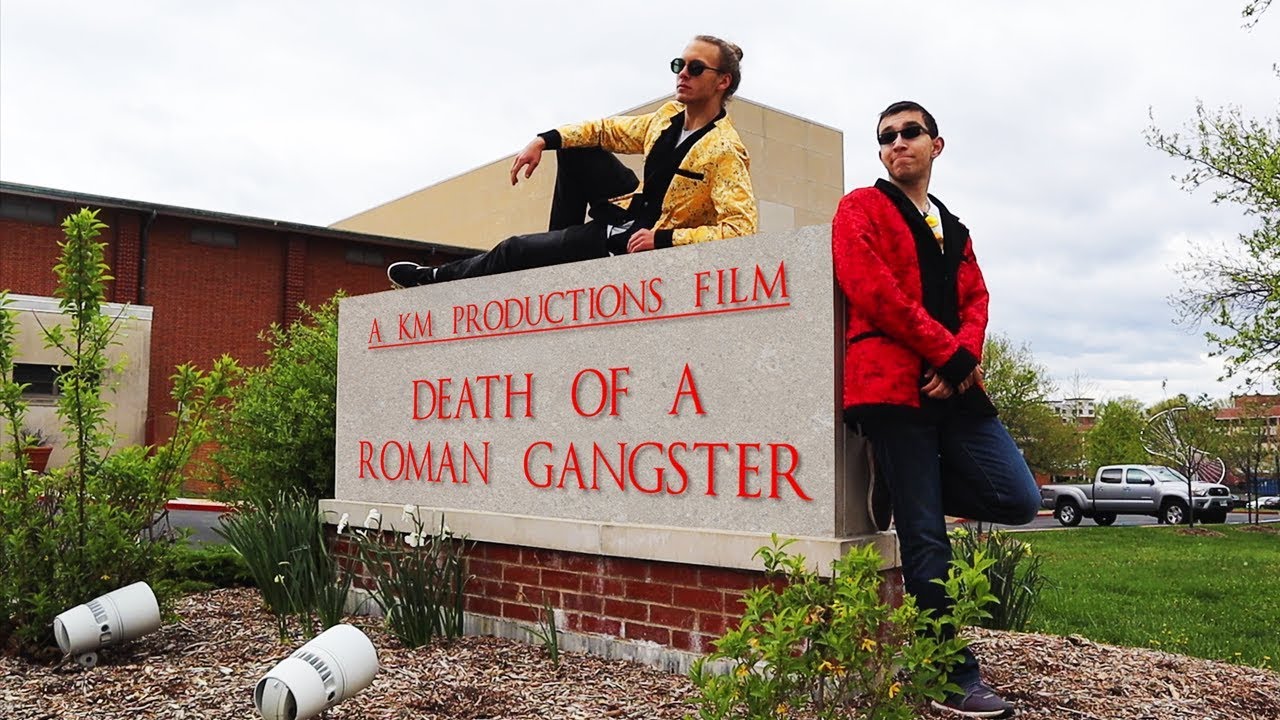 Based on a completely true crime and an incredible mistake in the police department, here is Keilan’s comical retelling of one of the most obscure incidents in Missouri history. 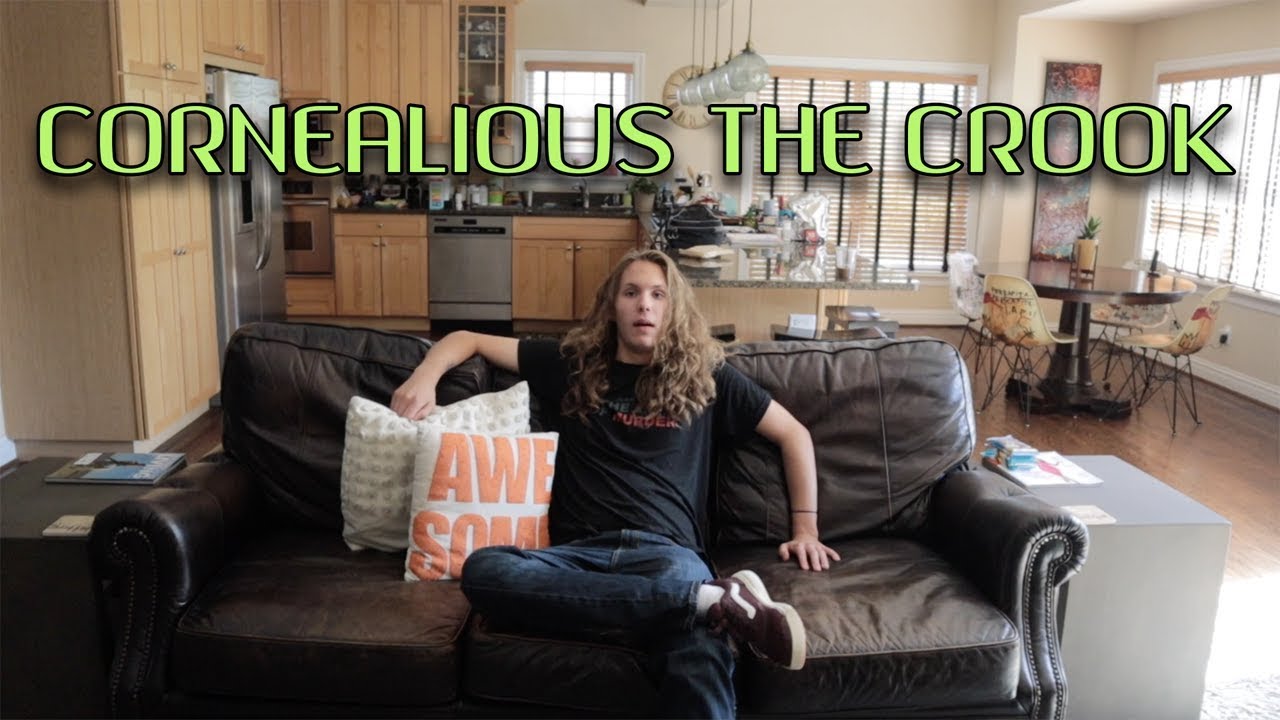 Cassandra Holland has been completely colorblind her entire life, but an invention by shady scientist Lionel Hawk could change the way she sees. Her boyfriend, Jay Wells, attempts to obtain this invention in time for Christmas, but not all goes according to plan. 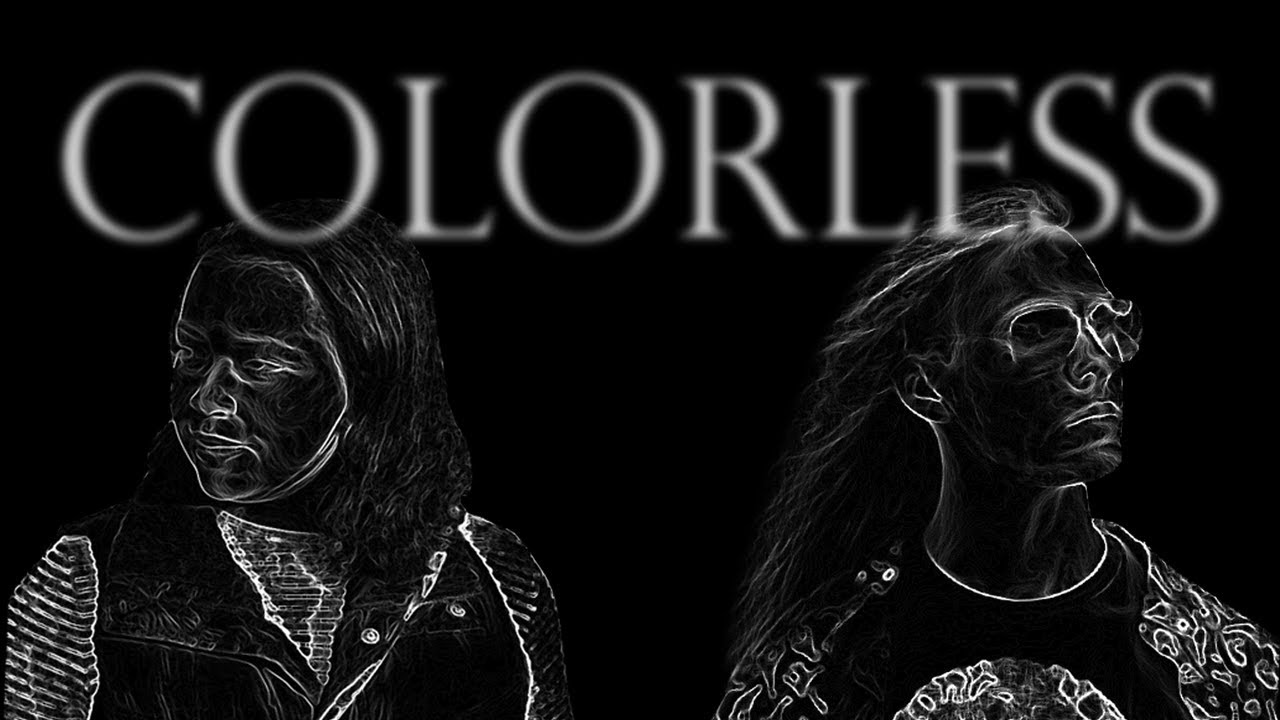 Mike, a teenager living in modern America, encounters Cedrick, a time-traveling magical viking from a centuries-old Norwegian village. The two form an unlikely friendship as Mike shows his viking pal the ways of the new world, and Cedrick prepares to face a powerful foe.

Three friends become entangled in a series of hauntings and possessions. They must find a way to overcome demonic attacks and thwart the plans of a far greater threat.

In the follow-up series to The Cleansing, demons and other horrific monsters are let loose upon Earth. The three pals find themselves tormented yet again, this time with the weight of the world on their shoulders. 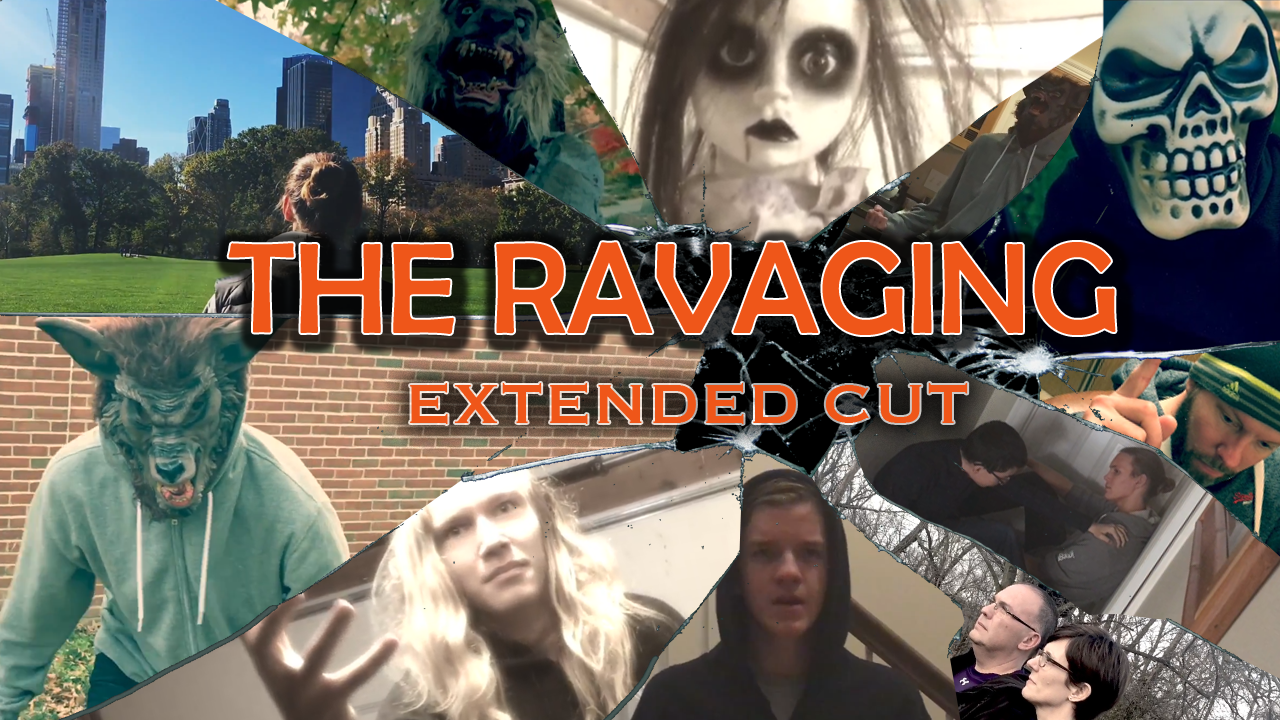 In the aftermath of a riveting death, the adolescents from The Cleansing and The Ravaging are forced to find their own way in a world without monsters… until strange occurrences begin again, and a new evil reveals itself. 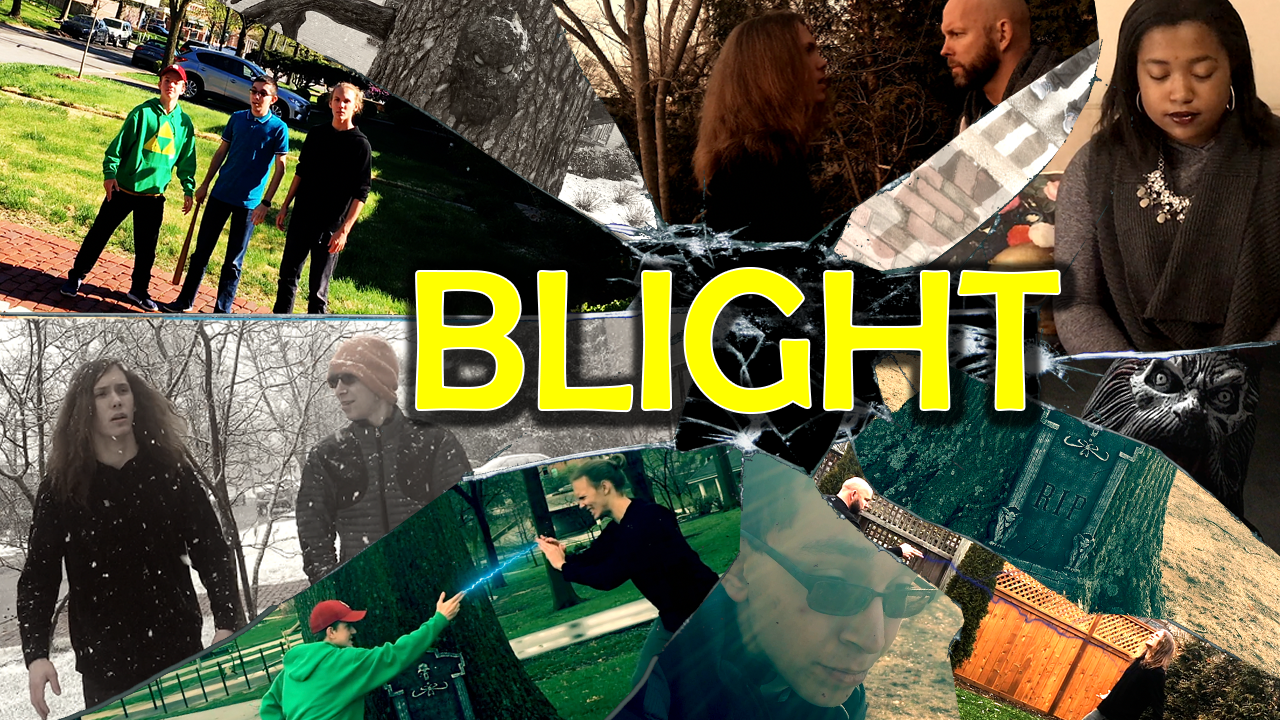 A quest across time begins for the sake of bringing a friend back from the dead. Monsters and demons become infinitely more complicated when time itself is contorted on a peculiar mission in this conclusive horror series. 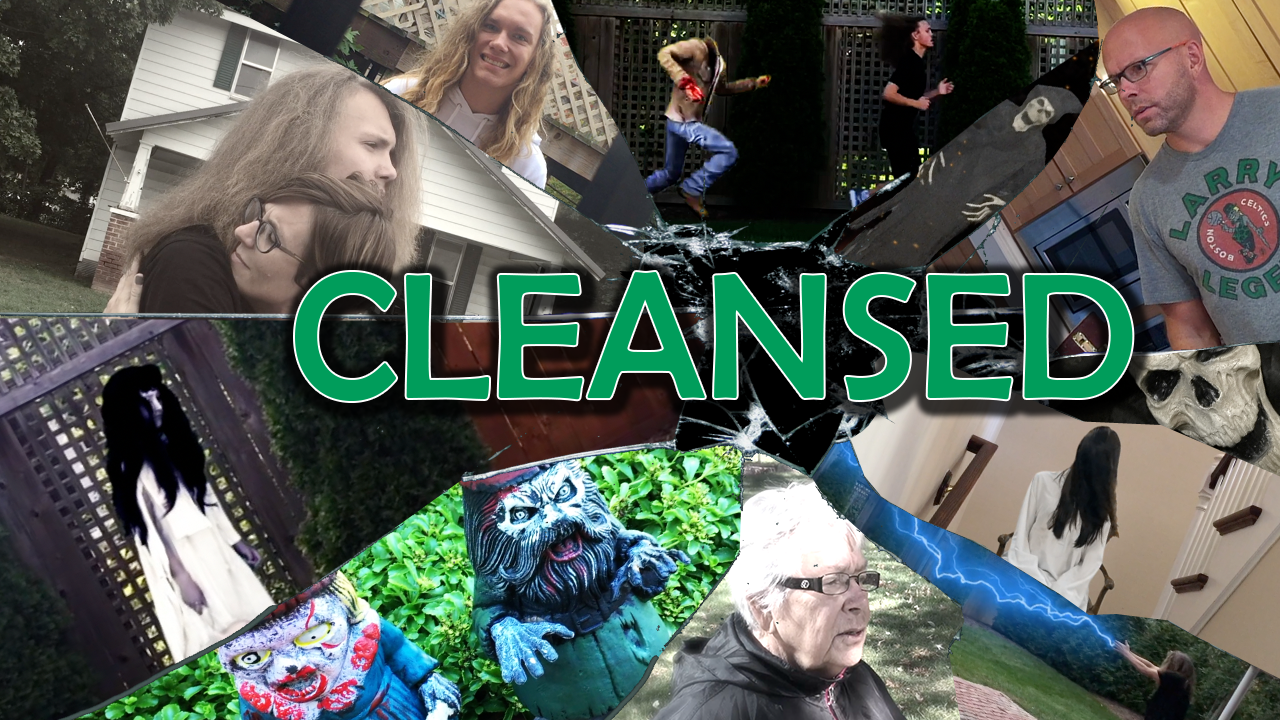 The haunted gnome from The Cleansing returns to cinema in a spin-off comedy horror series, following his day-to-day life in a world meant for humans.

These stories, existing in the Multiverse of the KDCU, place heroes and villains from DC mythology in an entirely new light.

Marvel heroes and villains come to life in this universe of stop motion animations, featuring The Fantastic Four, X-Men, Avengers, and Spider-Man. 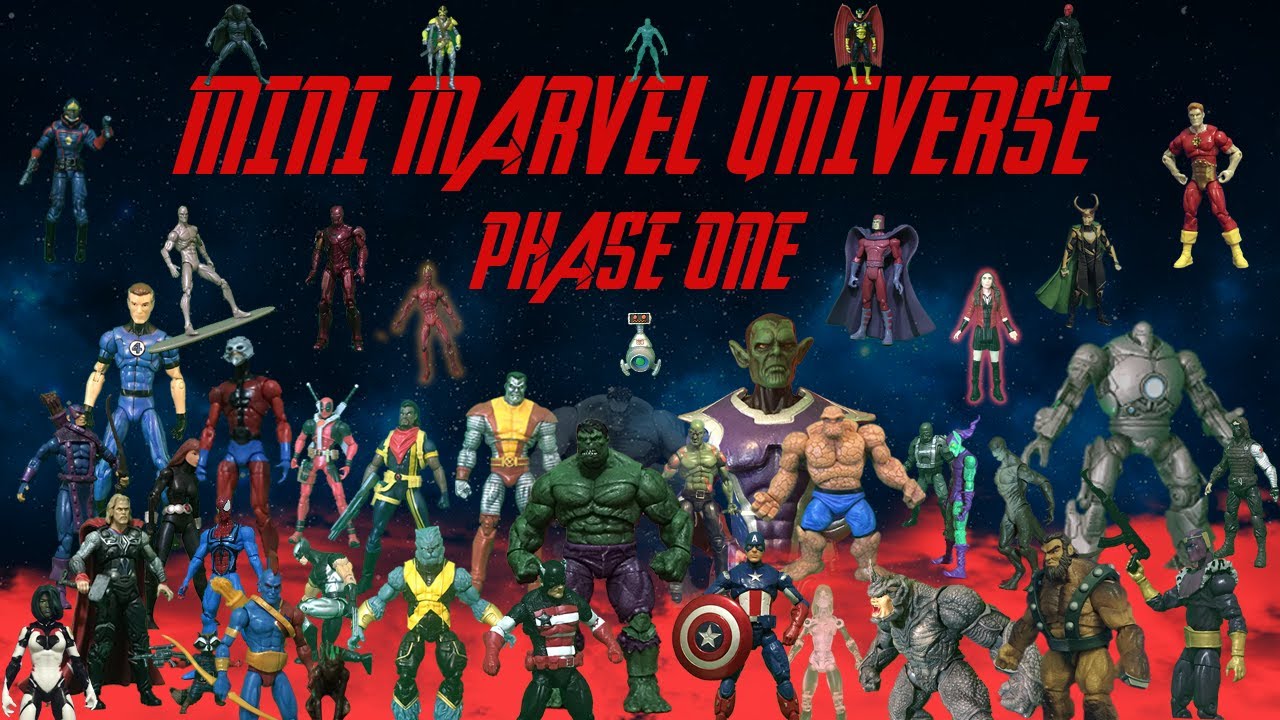